6 Ways to Cope with Political Stress 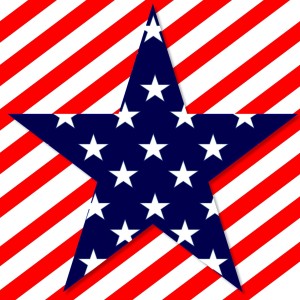 Politics! For some people, the mere mention of the word makes them shudder. But with presidential debates that sound like shouting matches and a primary season that feels like it’s been going on forever, it’s no wonder most of us are growing weary. It’s also no surprise that many of us are experiencing higher than normal levels of anxiety as a result of the current, super-charged political climate in which we live.

Regardless of your political party affiliation, it may be tough—if not impossible—to escape the rhetoric, negative television ads, social media rants, overconfident talk show hosts and a seemingly endless supply of political bloggers. Perhaps never before have we been so inundated with facts, stats and political polling leading up to the election for our nation’s highest office, which, by the way, is still almost eight months away.

As it turns out, some of us are better than others at managing the stress or turning it off when we’ve had enough. For others, not so much. So, if Uncle Frank is bombarding your inbox with a never-ending supply of news about his candidate of choice, a co-worker won’t shut up about the virtues of her political party, or you’ve simply had enough, it may be time to turn off the madness—before you lose your mind or lose a friend.

It’s going to be a long spring, summer and fall, so take note of these tips for weathering the political firestorm ahead:

Don’t let the worry, anxiety and stress of the election season get you down. Take control of it before it takes control of you. Remember, there are plenty of things to do and people to enjoy in the weeks and months ahead. Don’t let political stress and negativity rob you of that pleasure and enjoyment.

David Lowenstein, Ph.D. is a psychologist and the clinical director of Lowenstein & Associates, Inc. in Columbus, Ohio. In addition to providing therapeutic services to individuals and families, he offers training and consultation to numerous associations, schools and agencies around the country. Additionally, he is a frequent radio and TV guest and a resource and contributing writer for numerous newspapers and magazines nationwide. Contact Dr. David Lowenstein at 691 South Fifth Street Columbus, OH 43206 or by phone at 614.443.6155 or 614.444.0432.