Bullying: Not Just a Schoolyard Problem 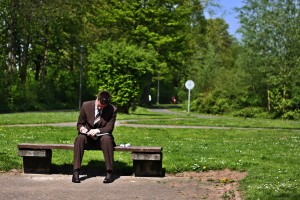 Bullying is a big problem, and just about everybody knows it. But while most of the attention is focused on bullying among young people, it’s important to realize that the problem is also prevalent in the adult workplace. In 2014, the Workplace Bullying Institute conducted a workplace bullying survey, and 27 percent of those surveyed reported current or past experience with abusive conduct at work. Unfortunately, the damage is far reaching, with long-term negative effects on the victim and significant costs to employers in the form of high rates of absenteeism and low retention and morale.

In case you’re not familiar with workplace bullying, here’s a definition from the Workplace Bullying Institute:

“Workplace bullying is repeated, health-harming mistreatment of one or more persons (the targets) by one or more perpetrators. It is abusive conduct that is threatening, humiliating or intimidating, or work-interference, i.e. sabotage, which prevents work from getting done.” This bullying behavior is often embarrassing and intimidating, and can negatively impact the health and psychological well-being of the person being bullied.

Unlike schoolyard bullying, which can be physically harmful, workplace bullying is more verbal and psychological. Unfortunately, it is also more subtle, usually occurs regularly, continues for a period of time and often escalates. And, contrary to what you might think, it’s far more common than on-the-job sexual harassment or racial discrimination.

Check out the answers to these common questions about bullying in the workplace:

Who is the typical target?

Unlike the typical schoolyard victim, the target of workplace bullying may be highly skilled and capable. The bully sees this individual as a threat, and bullying is his or her way of manipulating the situation. In most instances, the bully is a manager or co-worker who feels threatened.

Verbal abuse is the most common form, and may include yelling or swearing. However, it’s important to note that this is only the case when the behavior is directed at a single employee who is being unjustly criticized or blamed. Workplace bullying also occurs in the form of exclusion, such as when an employee is not included in company activities. And, it happens when an employee’s contributions are consciously ignored. Generally speaking, any activity or behavior that embarrasses or humiliates a single employee is considered to be workplace bullying.

What happens to the person being bullied?

The target of workplace bullying naturally tries to avoid the situation, so absenteeism increases. The victim may experience low self-esteem and depression, high levels of anxiety, and often a host of physical symptoms like the inability to sleep or frequent stomach problems. Much like the victim of schoolyard bullying, the target looks for a way out of the situation, and that often means moving on to another job.

How does workplace bullying affect business?

High turnover and low productivity can be expensive. When a valuable employee leaves, the company must incur the expenses associated with hiring and training a replacement. Likewise, stressed-out employees lose interest in their work, and that lack of motivation becomes a problem. The same is true of the bully, who may be more concerned about deliberately destroying the target of his bullying than helping with the company’s next big project or innovation. In the end, it may be difficult to recruit new employees to the company, especially once the word gets out.

Stay tuned for my next post, which will share some tips for preventing and dealing with bullying in the workplace.

David Lowenstein, Ph.D. is a psychologist and the clinical director of Lowenstein & Associates, Inc. in Columbus, Ohio. In addition to providing therapeutic services to individuals and families, he offers training and consultation to numerous associations, schools and agencies around the country. Additionally, he is a frequent radio and TV guest and a resource and contributing writer for numerous newspapers and magazines nationwide. Contact Dr. David Lowenstein at 691 South Fifth Street, Columbus, Ohio, 43206 or by phone at 614.443.6155 or 614.444.0432.